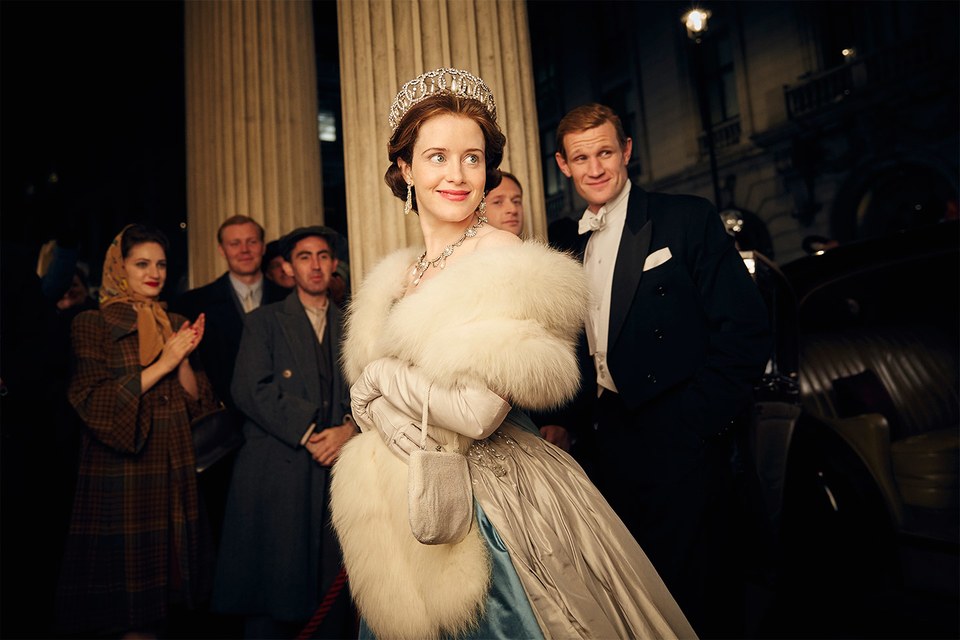 For many months Barker Collars has been extremely busy assisting the production team and costume department for the Netflix sensational production of The Crown.   It’s a costume drama about Queen Elizabeth II Reign and is currently available to watch on Netflix.  Barker Collars has supplied Collars and continuously laundered & starched them for cast members.

The TV series is about the first decade of 25-year-old Elizabeth II’s reign, the early years of her marriage to Prince Phillip and her relationship with Winston Churchill.

There’s something fascinating about female monarchs – just look at the success of ITV’s Victoria. So watch out for The Crown, a grand sweep of Queen Elizabeth II ‘s reign is available to watch on Netflix.

The opening scene of The Crown will shock some viewers: it begins with King George VI (Jared Harris) coughing up blood into a lavatory bowl. The sight of a king so ill and so vulnerable in his sumptuous surroundings immediately sets a foreboding tone.

Clearly no expense has been spared on this series, which is anticipated to be extremely well received by the viewing public. The Team at Barker Collars will most definitly be tuning in!